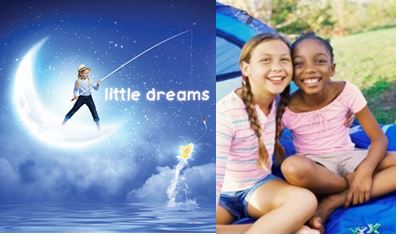 Little Dreams – The Fresh Air Fund helps children from our communities attend camp and participate in sports or other recreational activities.  The cost of one week at camp is approximately $300.  Please make your gift today!  For more information click here.

Registering your child in this program – You can access a request form by clicking on the link below or call 1-888-CAS-KIDS to speak with the Summer Camp Coordinator. 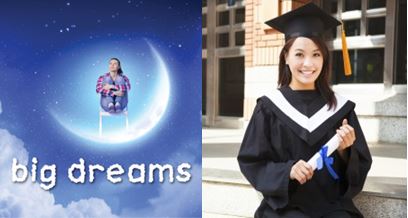 Big Dreams – The Youth Education Fund helps youth transitioning from the Society’s care by providing support for post-secondary education at college, university or trade schools.  Our Society is dedicated to the success of our community youth.  Your gift will make a difference, now and in the future!  For more information click here. 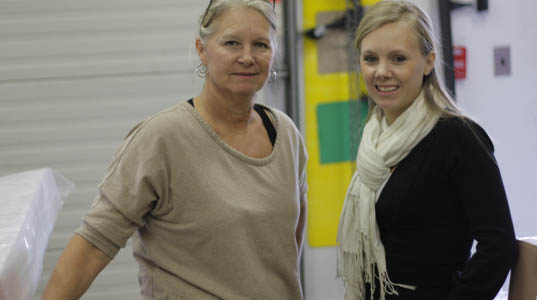 Community Living Haldimand, located in Cayuga provides individualized support to those with mental health issues and teaches them life skills, budgeting and social skills. Through support and advocacy, they are responsible for assuring that individuals with intellectual disabilities are treated with dignity and respect.

They have also extended their altruism by offering support to families in the community. Heather Putt from Community Living contacted the Children’s Aid Society of Haldimand and Norfolk seeking a family in need to sponsor at Christmas.

Once a family and their needs were identified, the response from Community Living and its staff was nothing short of spectacular and heart warming.

Ms. Putt reported that she was overwhelmed with the response of staff, “It has been remarkable. We have collected about three pick up truck loads worth of clothes, toys, food, beds and bedding.”

The Children’s Aid Society of Haldimand and Norfolk wishes to express our thanks to Community Living for the remarkable work they do and the generosity they have displayed. 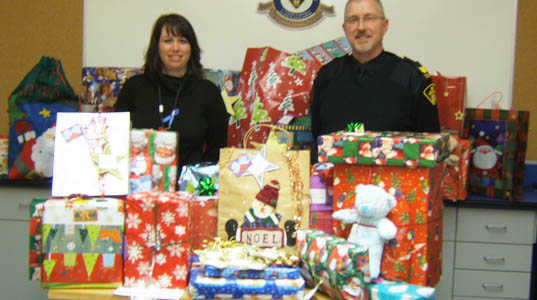 The Norfolk detachment of the Ontario Provincial Police in Simcoe, have a long history of helping the community through their roles as police officers and through charity and goodwill.

As in the past, Norfolk OPP once again put smiles on the faces of children this Christmas by purchasing dozens of toys and delivering them to The Children’s Aid Society of Haldimand and Norfolk.

Constable Teresa Ollen-Bittle reported that helping children is particularly important to the OPP, “We have been supporting children in care of the Society for several years now through Christmas gift donations by individual officers as well as donations from associated friends and family members.”

The Society would like to acknowledge the efforts and commitments of our police officers to our communities and our children. We would further wish to extend our thanks to the individual officers and their families who donated gifts in the form of new toys, clothing or gift cards for food to children and families in need this Christmas.

The Cayuga Kinsmen have a long history of helping others and contributing to the development and well-being of their local community. This service organization has donated their Kinsmen Hall to The Children’s Aid Society of Haldimand and Norfolk for the Annual Child and Youth Christmas Party at no cost for the past 11 years.

Cayuga Kinsmen, Marc Smith stated the relationship began when, “It was brought to our attention that a girl in the community needed winter clothing. Through use of the Kinsmen name, Nike Canada provided a coat and boots. We felt good about helping (a child) which is who you are supposed to help at Christmas.”

Three hundred and four children, youth and foster parents attended the Child and Youth Christmas Party on November 29th, where event highlights included a magic show by Owen Anderson, arts and crafts activities and the delivery of toys by Santa and his helpers.

Mr. Smith reported that the Kinsmen and the Society have a deep-rooted connection. “In the past, Kinsmen, Brian Nyberg and Bruce Hunter have served on the Society’s Board of Directors. New member, Rob Oelkuch is a foster parent who filled in for Santa this year.”

The Kin Association in Canada have a proud 89 year history dedicated to making lifelong friendships and serving the greatest needs of their communities. Locally, the Cayuga Kinsmen were established in 1951 and is financed through its membership.

The Children’s Aid Society of Haldimand and Norfolk thanks the Cayuga Kinsmen for nurturing the lives and dreams of children in the community. 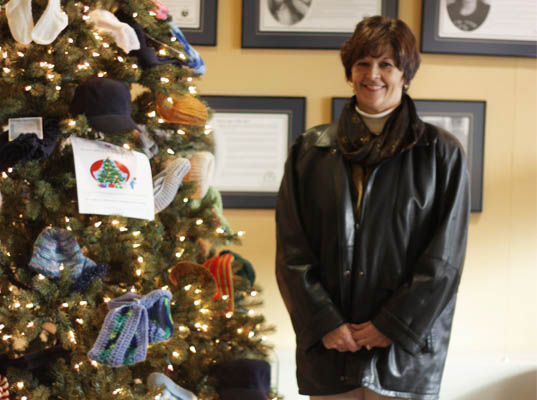 The Children’s Aid Society of Haldimand and Norfolk want to thank the staff at Laidlaw Carriers for supporting children in care of the Society at Christmas. Laidlaw has been an important partner by helping the Society purchase gifts for children and youth at Christmas.

Sandra Garmon from Laidlaw stated, “We began assisting 4 years ago. The money for the gifts is paid by the employees.” Ms. Garmon further reported that the organization has a history of helping others in the community having supported the Caledonia Food Bank in the past.

The toys and gift cards donated by the staff at Laidlaw will help many children and youth from Haldimand and Norfolk have a memorable Christmas.

The Society extends its gratitude and sincere Christmas wishes to Laidlaw Carriers and all our other community partners.